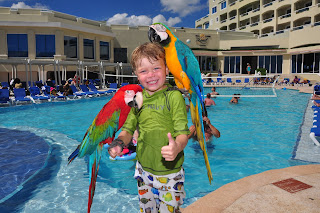 Posted by Unknown at 8:54 AM No comments: 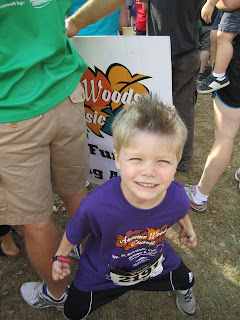 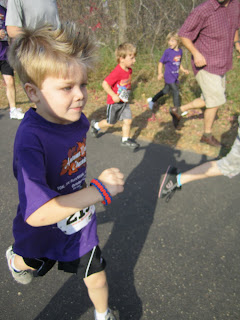 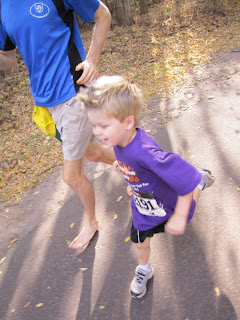 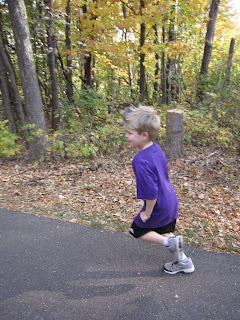 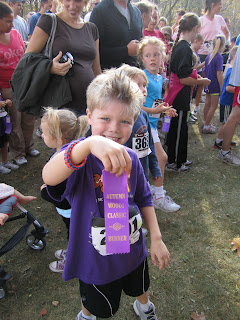 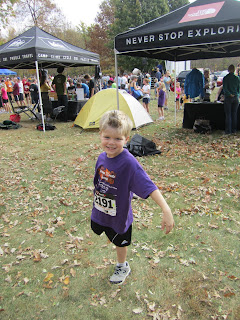 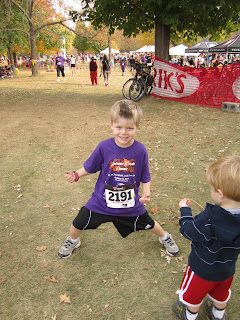 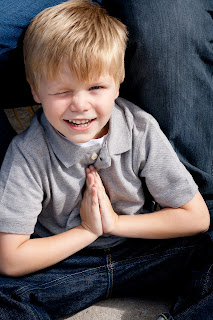 Today was Griffin's first conference at school. Yep. My boy is growing up. And so am I. It has been so hard to be a mother on the other side of things. I know so much as a teacher, and I catch myself wearing that hat too often. Today, I had to be the mom first. In an academic setting. This is harder than it sounds. Trust me.

But, as far as conferences are concerned, I am not sure it could have gone any better. Griffin's teacher clearly knows my son well, and it is obvious she knows his strengths and areas of growth. She repeatedly told us what a pleasure it is to have him in class. As a teacher, I loved learning exactly where he is academically. As a mom, I loved hearing that my child is kind, helpful, and a great participator.

As a mom, I knew my child was ready for Kindergarten this year. As a teacher, I struggled with not holding him back because you hear the horror stories from teachers who deal with "young" five year olds. Today, we were reaffirmed. We made the right decision because Griffin is flourishing in Kindergarten.

When I asked Griffin what he thought Mrs. Egan would say about him, he responded, "Um...that I am awesome." (And apparently humble too.) Well it's true Mr. Griffin. She used those words. She agrees with us. You are one awesome kid.
Posted by Unknown at 6:56 PM No comments:

Me: I am now positive that I want to run a marathon.

Brandon: I knew it was only a matter of time.
Posted by Unknown at 10:43 AM No comments:

Quotes from the Dunigan Boys

Griffin: Pheasants are show offs.
Me: Why?
Griffin: They have fancy feathers.

Grayson: Mom, that bug so cute. I step on it. (Crunch)

Grayson: Stop. Hammer Time. (Okay, I admit. I taught him to say this.)
Posted by Unknown at 6:37 PM No comments:

My life is insane. Running is not.

I was told the other day that it is impressive that I find the time to run despite my chaotic schedule right now. Here's the thing. Is my schedule nuts? Absolutely! Am I amazed that I haven't gotten sick yet? YES! Is cutting out the running an option? NOPE. But it's not because I am super woman. And it isn't impressive either. It's because running is my lifeline right now. I can say with 100% certainty that I would shut down, mentally and physically, if I stopped running.

This fall has been exhausting. School only started a month ago, but I have done more in the last month than I ever thought possible. My responsibilities at school became more demanding as the number of different classes I teach increased. Furthermore, I DO NOT recommend teaching full-time, taking a doctoral class, teaching/interning in a grad school class, and then finding out your oldest son has allergies all at the same time. Especially if you have two small children. But alas, my schedule lined up this way, and unless I took a semester off, there was nothing I could do about it. Let's just say I am thankful that my children are in bed by 7:30, and I have an incredibly supportive husband!!!

(The good news is that I have most of November and all of December and January off from Bethel. The doubling up on stuff this fall provides me with a MUCH needed break! Plus, our Mexico trip will be here in a blink of an eye!)

There have been many times during the last few weeks where I have been close to tears. My mental capacity is at its limit each and every day. I do not get overwhelmed easily, but when I do, I crash. Running has prevented this crash. Not only has it given me time to pray, reflect, and/or watch television(when I run on the treadmill), it also afforded me almost 80 minutes of conversation with my dear friend Holly. It's pretty rare that I get to spend alone time with my close friends, but it is hard to pass up a situation where I can accomplish a run and a conversation at the same time. Enter an 8 mile run last weekend with Miss Holly.

Last week, running also gave me some short stints of alone time with Griffin. When I run outside, Griffin often runs the first mile with me. My attention is 100% on him during this time. I am not running my to do list in my head. I am not making dinner or cleaning the house. I am devoted to just having a conversation with my five year old. I also love that we are exercising together. He loves to run because it is fun for him. And I love that he wants to have that fun with me. Although he is still too small, Grayson has asked to join me for runs too. I pray his desire stays when he is old enough.

Some knit. Some scrapbook. Some watch television. Some meet friends for a drink. I run. It's not impressive. It just keeps me sane.
Posted by Unknown at 3:03 PM No comments:

Both of my boys are talkers. Right now, I love hearing Griffin tell me stories about his life--especially ones about Kindergarten.

Minutes ago I asked him a lot of questions, and he was happy to fill me in on his life :)

When I ask Mrs. E to tell me about you, what do you think she will say?

"I like centers. There's this table. It's called a sensory table. It has corn in it. I love it. And I like the mystery box. It's kinda tricky."

Do you raise your hand in school? "Yes (insert eye roll). Mrs. Egan says, 'No blurting out.'"

"I love recess." What's your favorite thing about recess? "Me, Noelle (boy), and Mitchell chase Tessa around. She's so fast; we can never catch her. Then when we all run back inside, we look like a bunch of canon balls."

When we went running earlier today, Griffin told me how excited he was to run in next week's race in Maple Grove. He proceeded to tell me, "At the end of the race, I will push my fast animal button. Then I can fly through the end of the race." Hmm...I think I need one of those!
Posted by Unknown at 1:15 PM No comments: