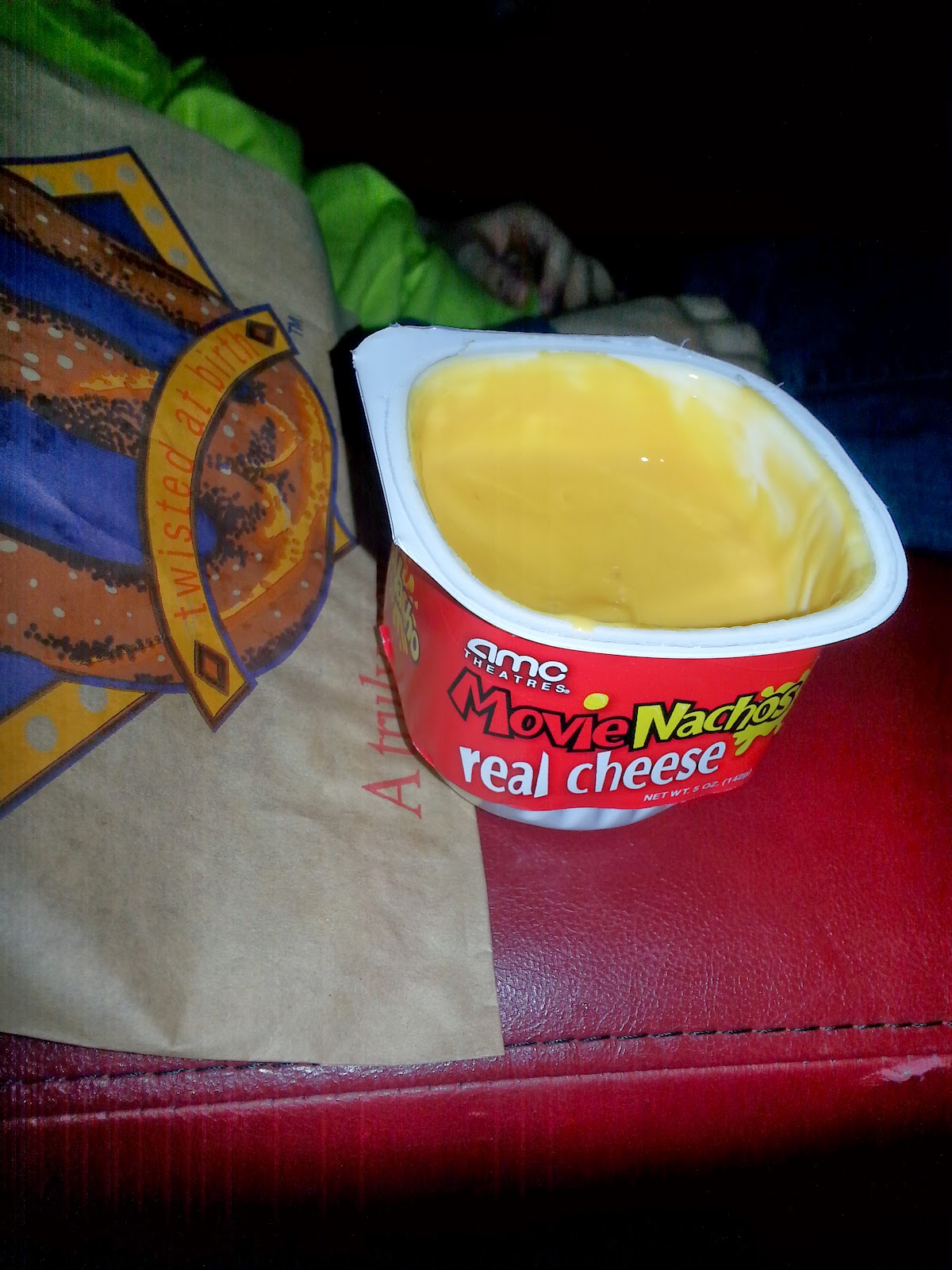 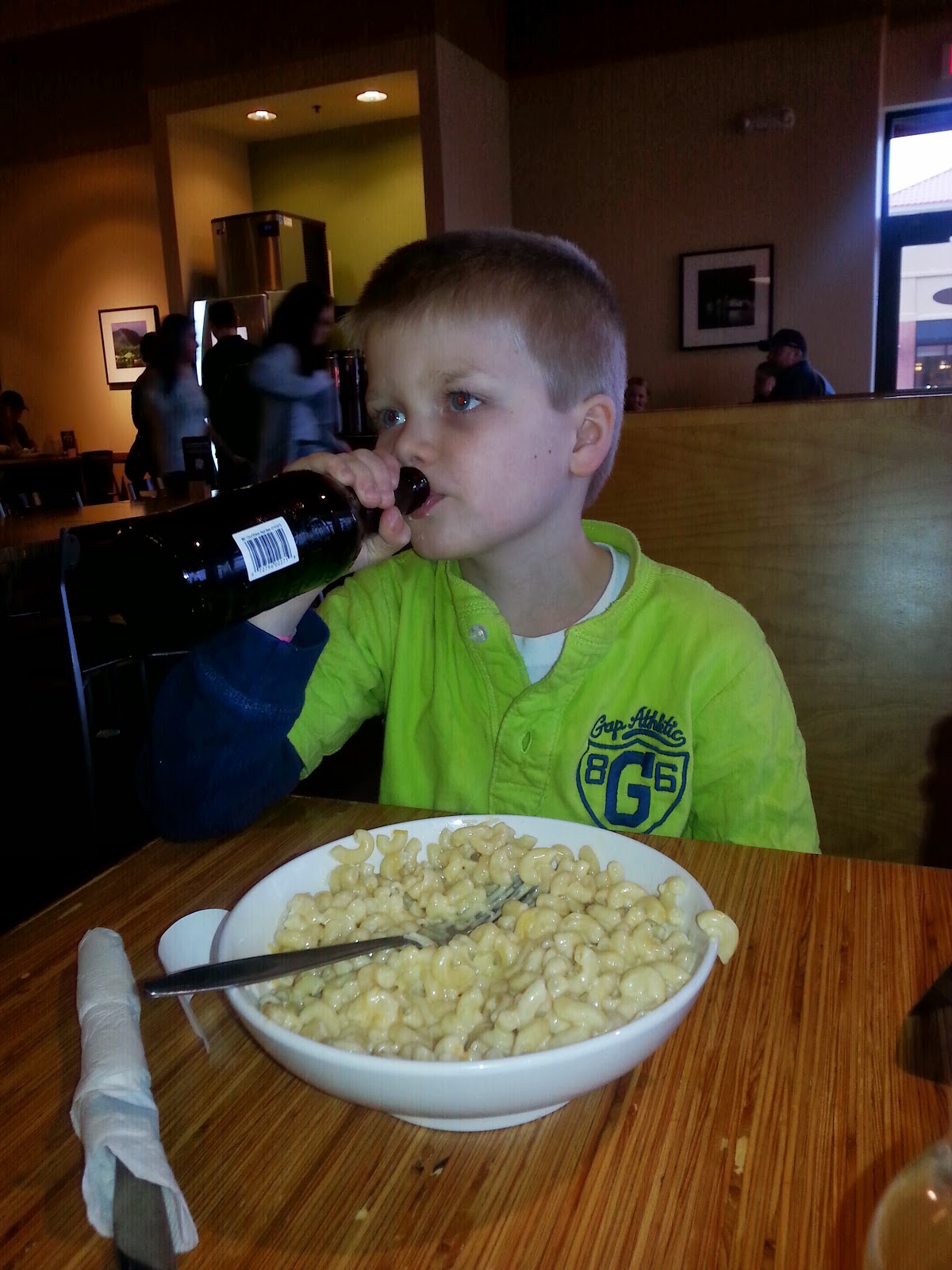 My older brother gave me the push to see the movie God's Not Dead. I hadn't heard of it, but he thought Griffin and I would enjoy it. He was RIGHT. There were a few things that went over Griffin's head, but we both enjoyed it overall. Plus, we both LOVE nacho cheese, so sharing a pretzel at the theatre was just the icing on the cake. We ate at Noodle's afterwards...fun was had by both of us :)
Posted by Unknown at 12:44 PM No comments: 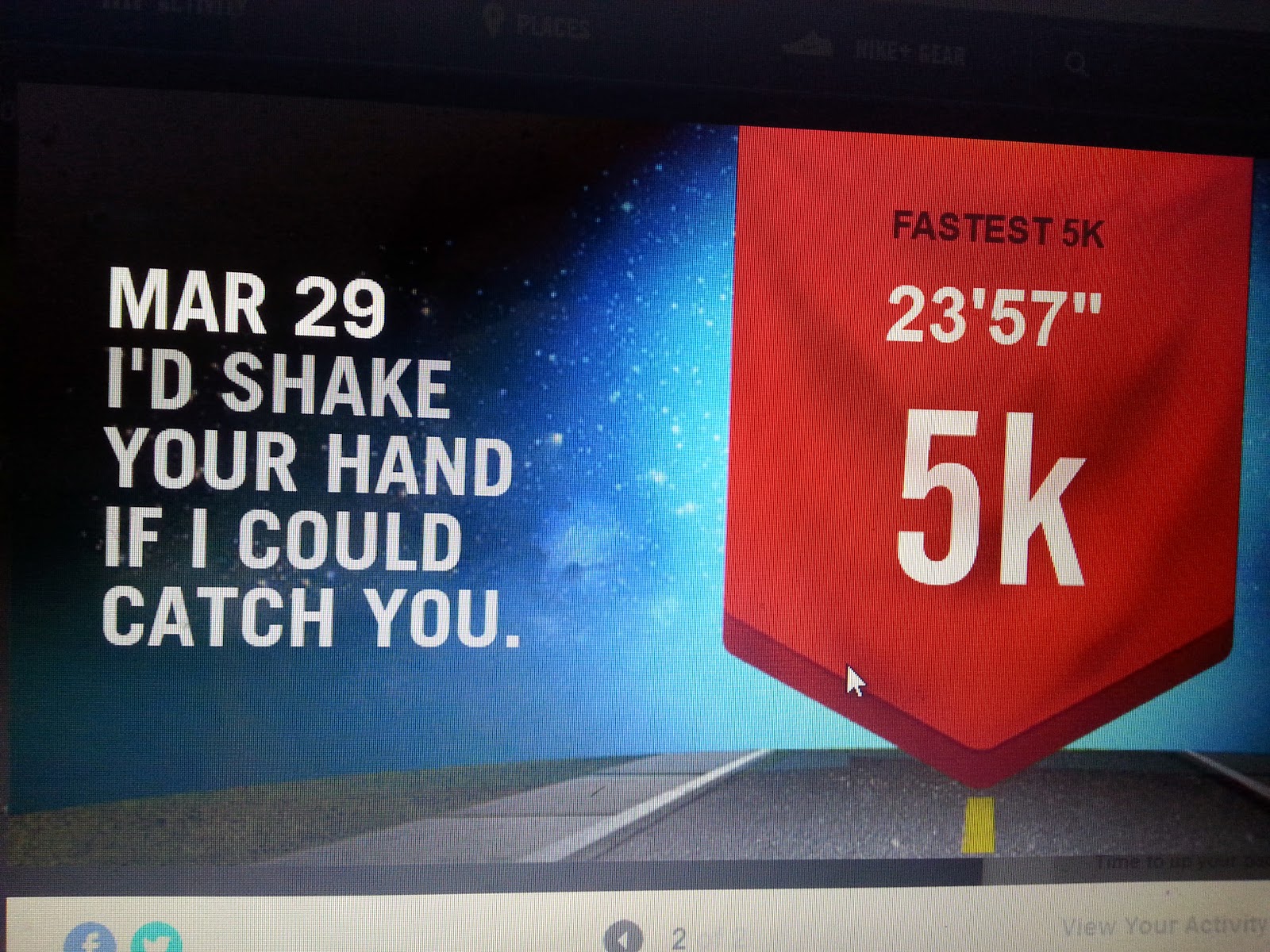 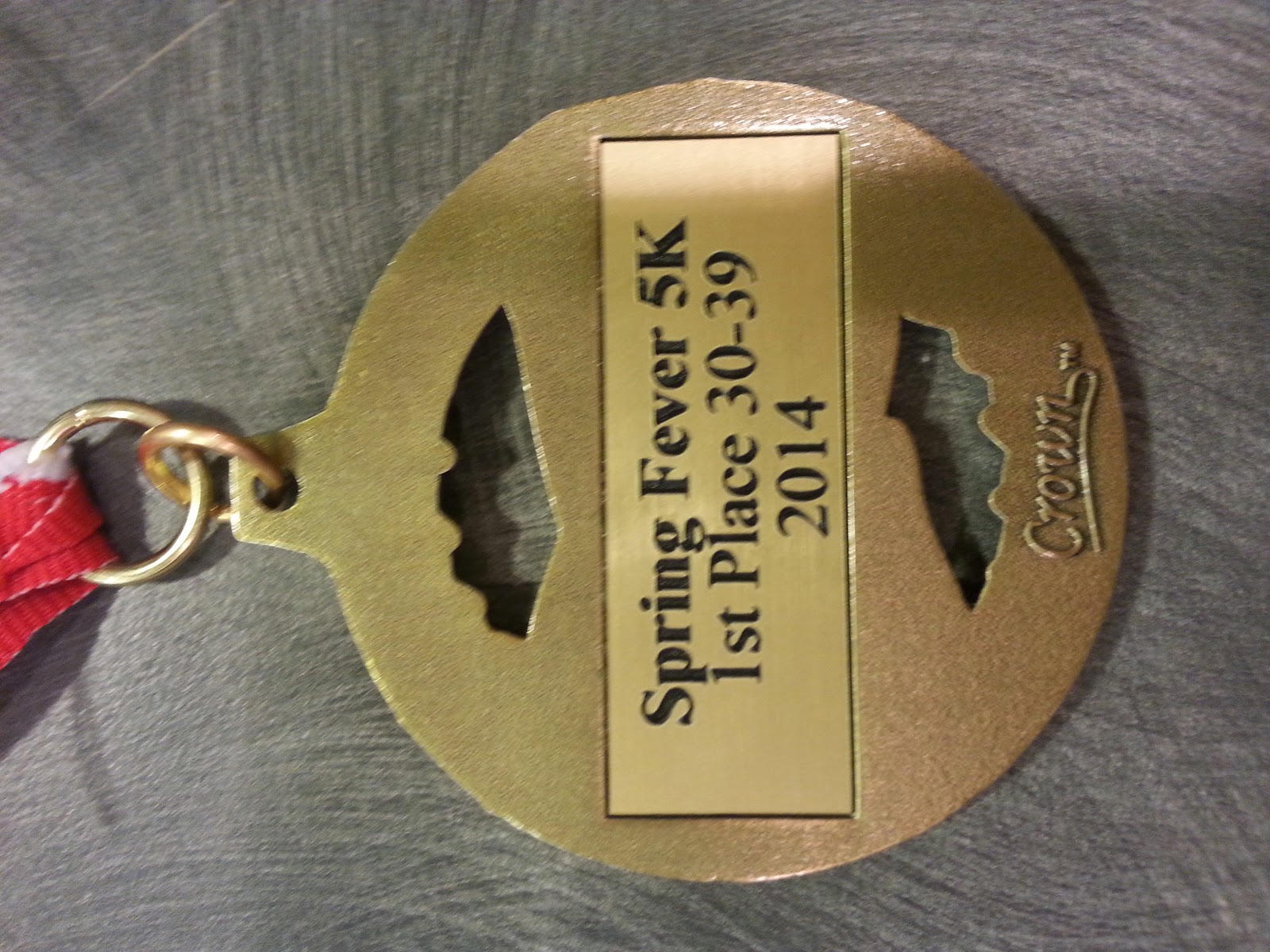 This happens to be one of my favorite races I do each year. I continue to PR at this race, and it is SUPER close to my house. Lastly, it is SMALL! Thanks to Holly O for cheering me on! 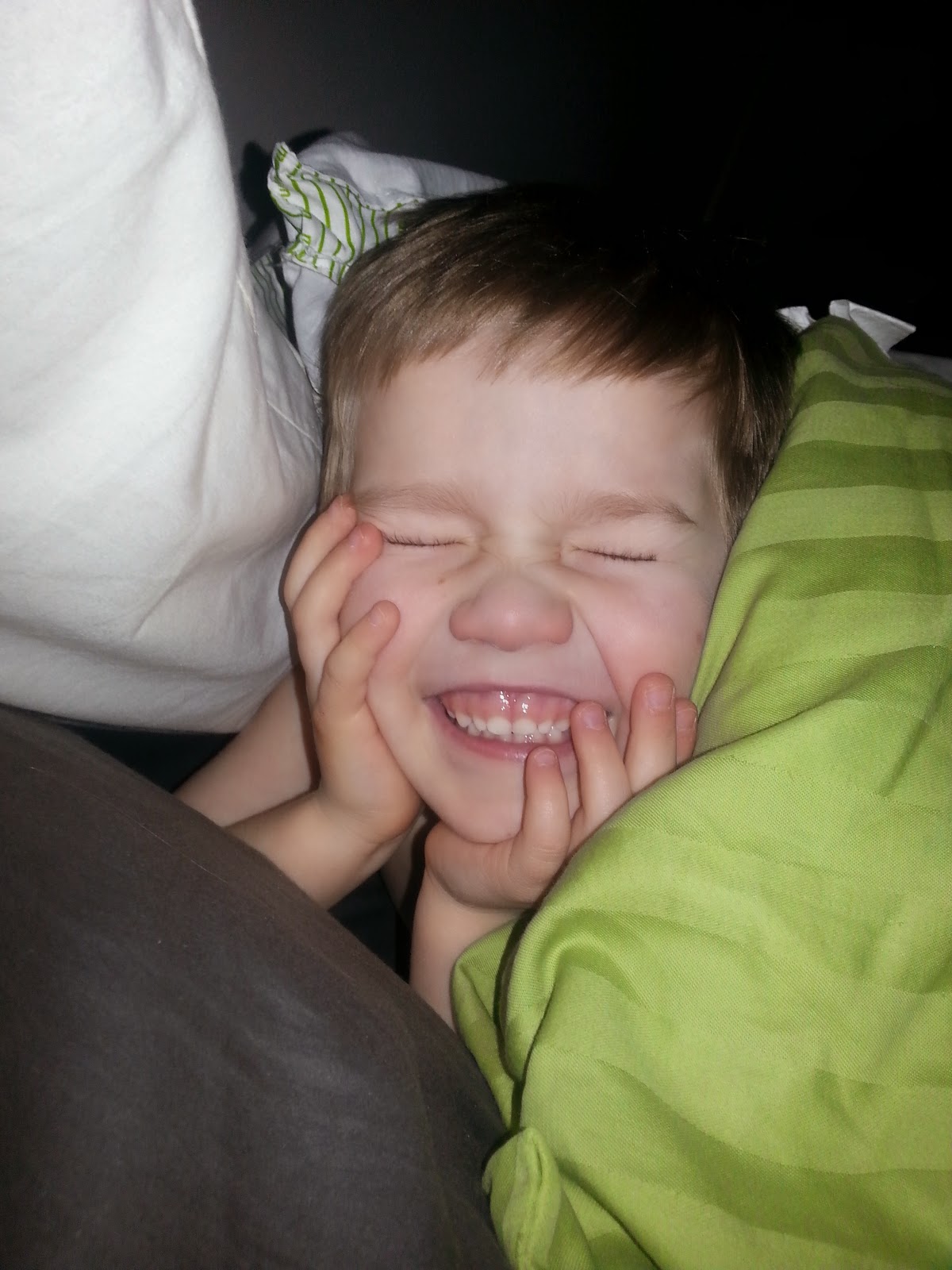 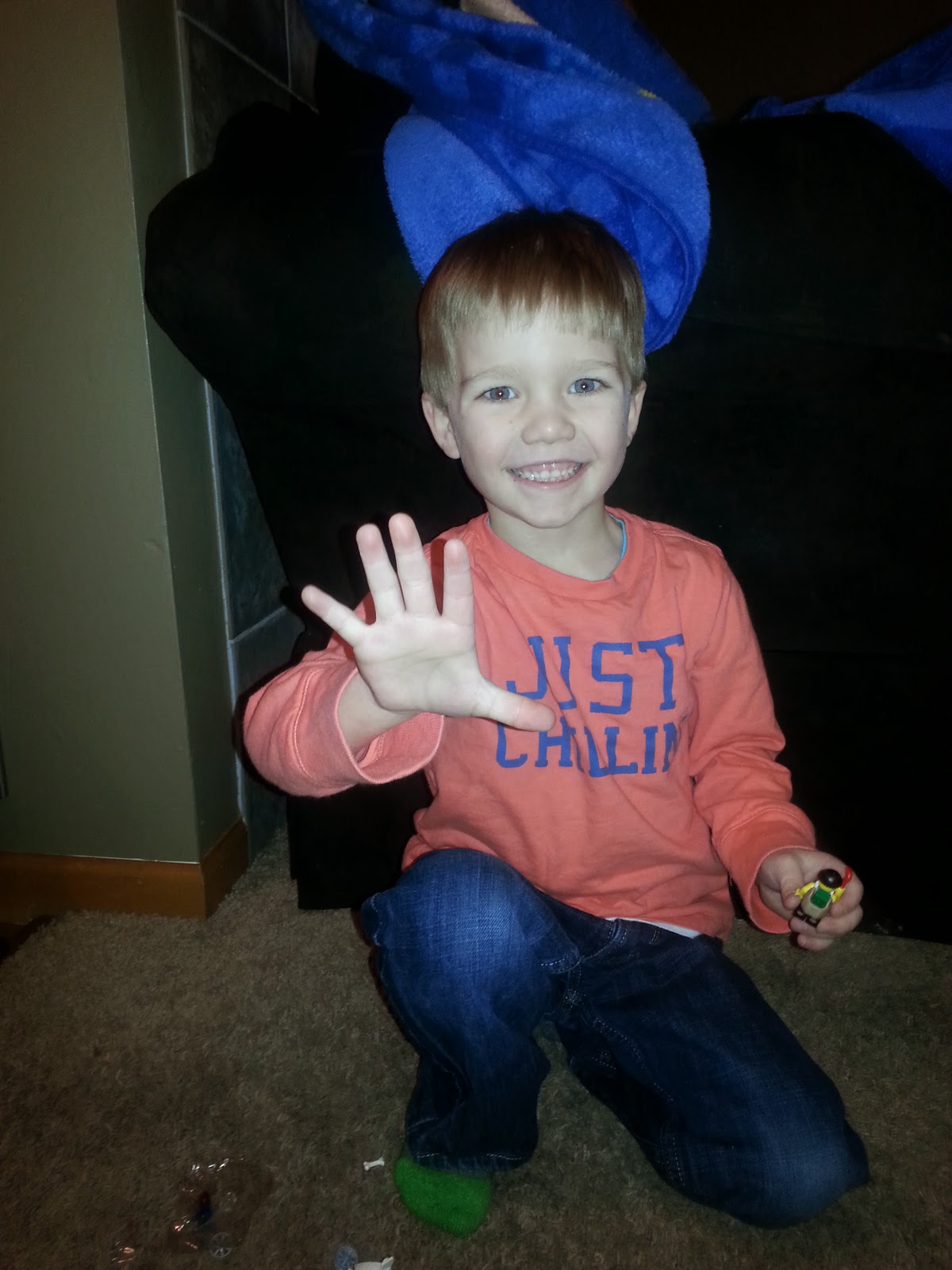 Five years ago, we became a family of four. After a rocky pregnancy, we welcomed a healthy baby boy into our lives in the wee hours of the morning. Not long after he was born, Auntie Kelsey brought Griffin to the hospital to meet his little brother. I feel like that was just yesterday. People weren't joking when they told me my children would grow up too fast. In a blink of an eye, my baby will be starting Kindergarten. 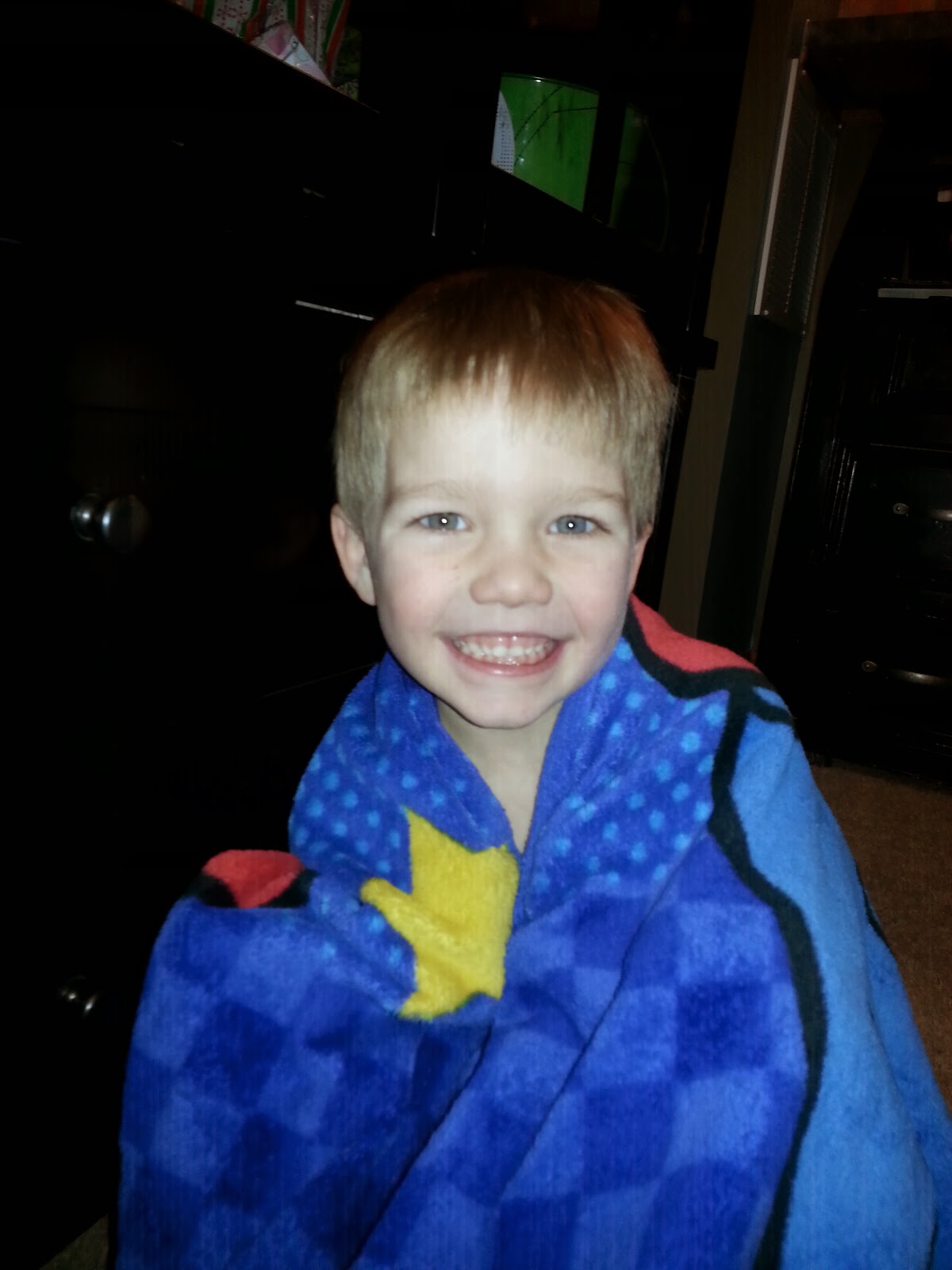 Grayson marches to the beat of his own drum. Anybody who meets him can attest to this, and it is what makes him so much fun to be around in my opinion. When people meet him for the first time, I often get asked, "Is he always this enthusiastic?" Yes. Yes he is. Watching his facial expressions and arm movements when he tells stories is often a show in the making, and his energy cannot be matched.

Unlike his older brother, he does not require much sleep. Because he is still required to nap at day care, bedtime continues to be a struggle. There are so many nights where he simply stares at the top of his lower bunk for hours before he falls asleep. This also means that there are days where he will come out of his bed and snuggle with me, watch me run, or join me in doing sit-ups and push-ups. Sometimes this is frustrating, but other times I simply cherish the extra time I have with him. I have especially enjoyed this one on one time during tax season when Brandon is not around much. 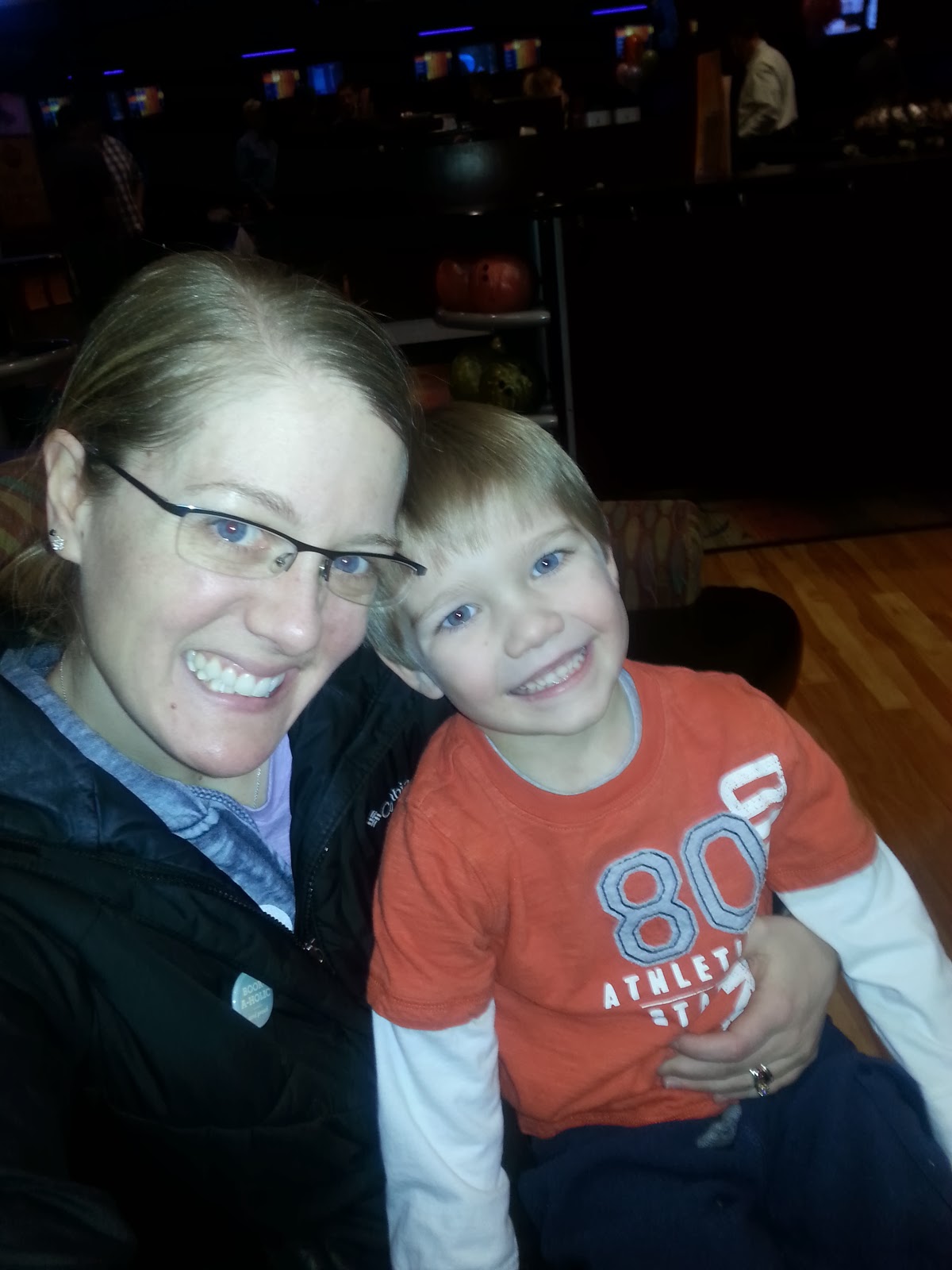 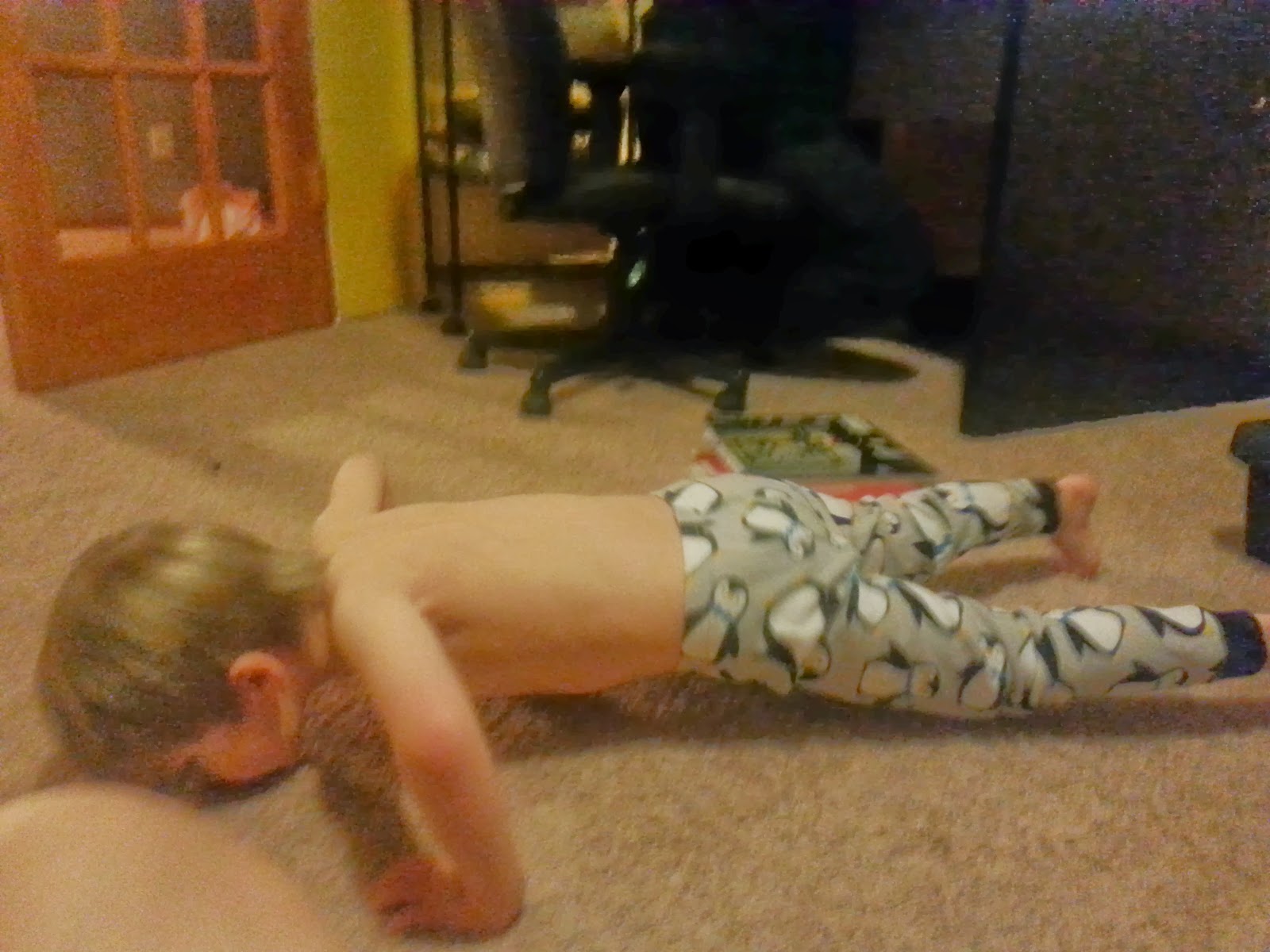 Grayson seems to love tennis just as much as the other boys in the house, so he is regularly taking lessons from the same instructor who works with Griffin. He is a Gustie, and he is incredible with kids. On Saturday, Grayson was learning the basics of serving. He is also the loudest one when asked to yell "bounce, hit!" when working on his forehand or backhand. Last year we tried a park and rec soccer session, and he continues to ask for more playing time. This summer he will be playing through the National Sports Center not far from us. He will also participate in Play Net and a Kindergarten Readiness program...the same one Griffin participated in the summer before he entered Kindergarten.

Academics are tricky with Grayson. You can only work on his numbers and letters when he wants to do so; the same thing can be said about reading. While he will choose to "read" books often, I can't be the one to suggest it. He knows how to write all of this letters and numbers, but he doesn't like to prove it when I am the one who asks. He does like to use his new whiteboard, though! His attention span, when he chooses to work on something, is AMAZING to me. That kid can concentrate on coloring, a craft, or legos for hours at a time. 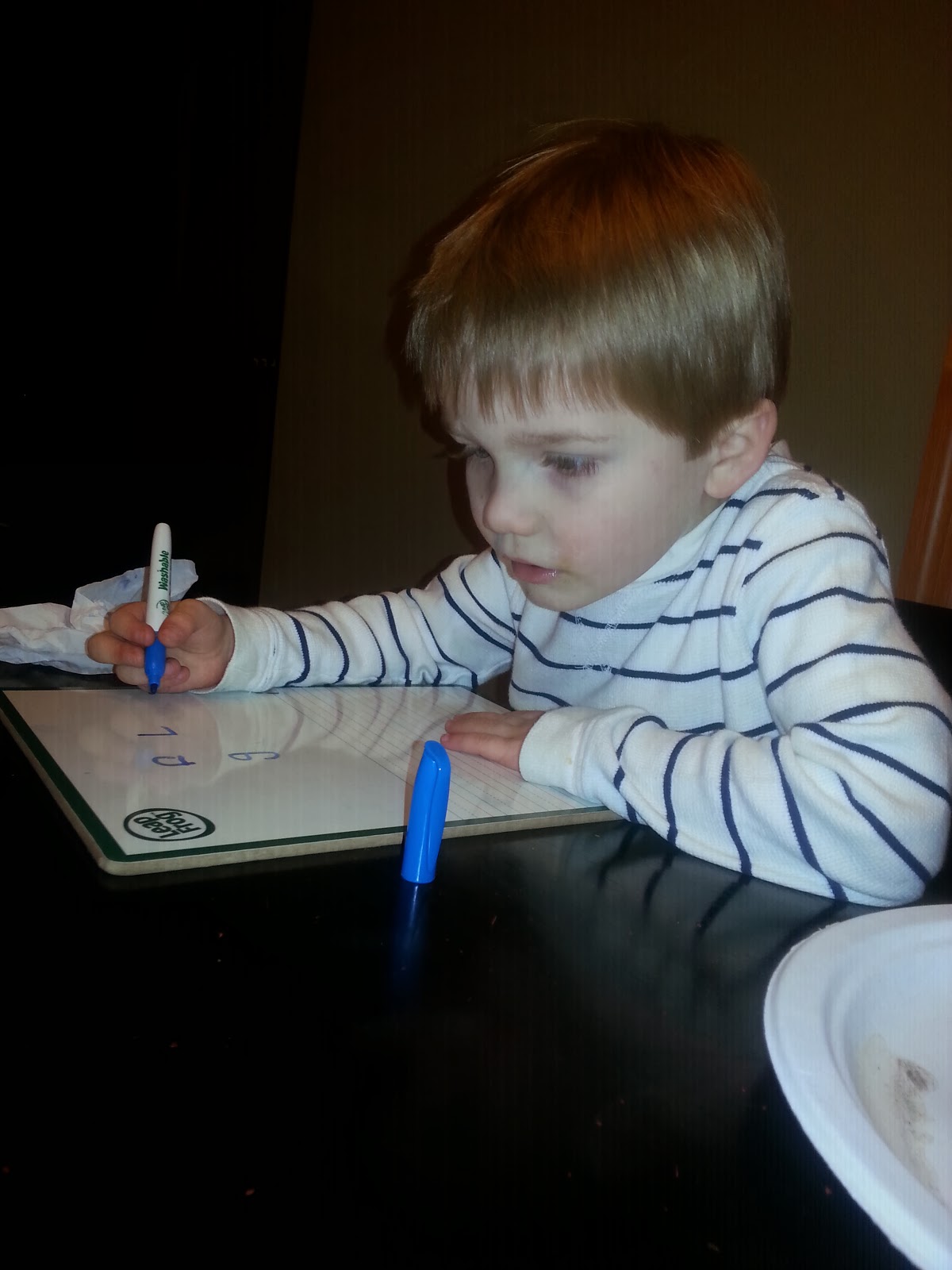 Speaking of legos, this is still a favorite activity for Grayson, and he continues to blow me away with his creations. He WILL NOT create anything the directions tell him to do. He has to create whatever he wants. But, staying true to his personality since the age of two, he still creates everything 100% symmetrical. The colors don't have to match, but the shapes and such always do. This has been happening since his second birthday; perhaps he will be an engineer when he is older? 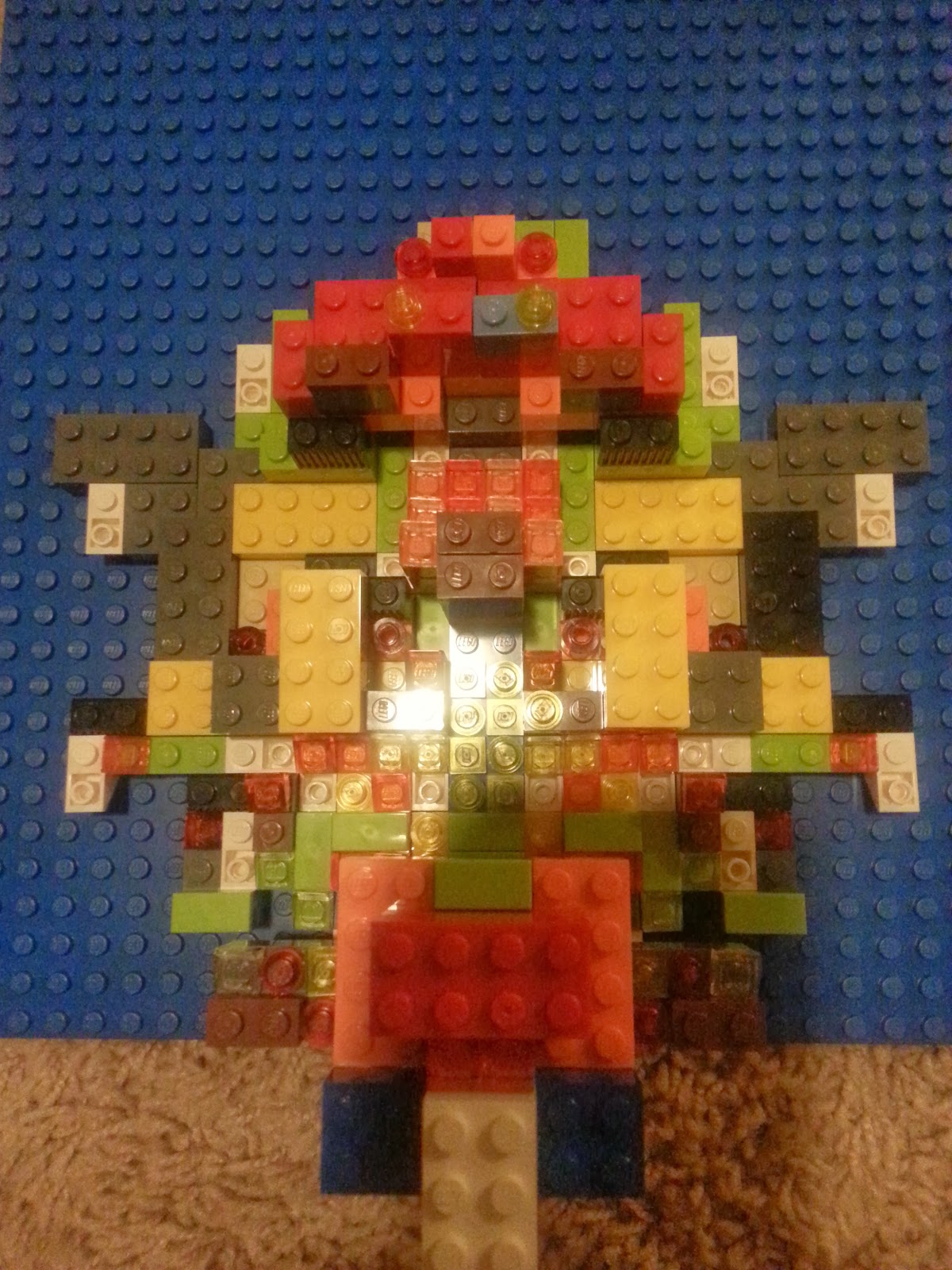 I am thankful that he continues to be a cuddle bug. In fact, a current favorite game of his is to "pretend to be Baby Isaac." This means crawling into my arms like a baby, or wrapping himself up in a blanket like a baby. 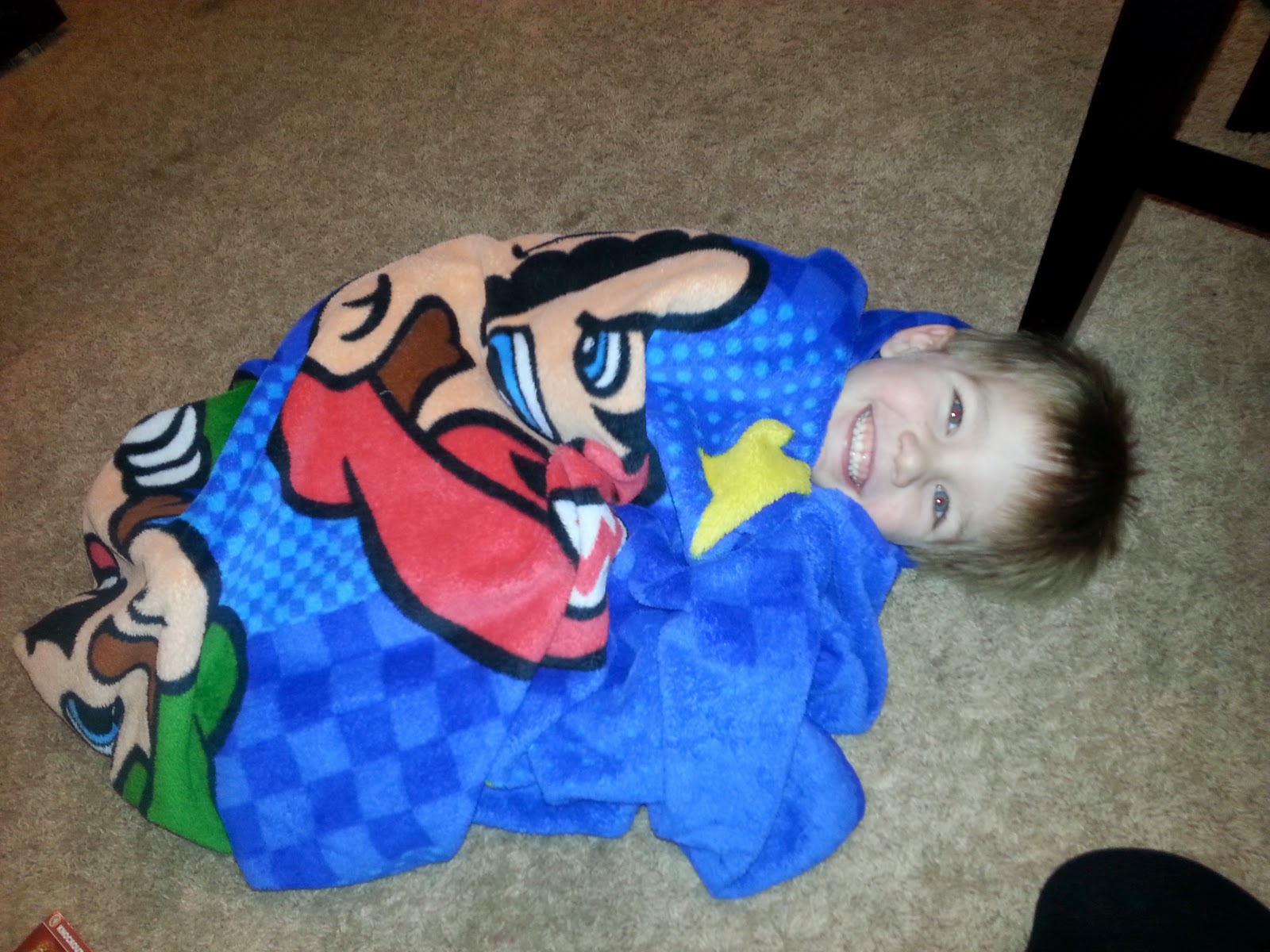 And despite the amount of arguing that takes place between Griffin and Grayson, the two of them really look out for one another. Not long ago, I asked Grayson if he wanted to invite a friend to MOA. His response, "Why do I need a friend? I have Griffin."

God has blessed this family beyond my wildest dreams. I am so thankful that He gave Brandon and me the privilege of raising two amazing little men. Happy Birthday, Grayson! May you continue to grow in faith and happiness this next year!
Posted by Unknown at 5:21 AM No comments:

I just finished all of the edits and revisions to my dissertation as suggested by two (of three) of my dissertation advisors. It is now being sent off to an APA expert for a final formatting check.

My oral defense is scheduled for April 1st. If all goes well, a piece of paper will be signed at the end saying I am officially finished with my doctoral degree requirements!

I began this journey a little over four years ago. These four years have been difficult and stressful, but I don't regret, for a moment, choosing to embark on this path. I had a goal and a dream to help train future teachers in the areas of reading, English, and middle school methods. I have shown my own kiddos and family that I CAN DO HARD THINGS, and I have opened the door to becoming a full time professor in an education department at a college or university one day.

I am humbled by the love and support I have received from family and friends along this journey. Without all of the incredible people in my life, I would not have been able to do this impossible task. I am truly blessed.
Posted by Unknown at 10:55 AM No comments: 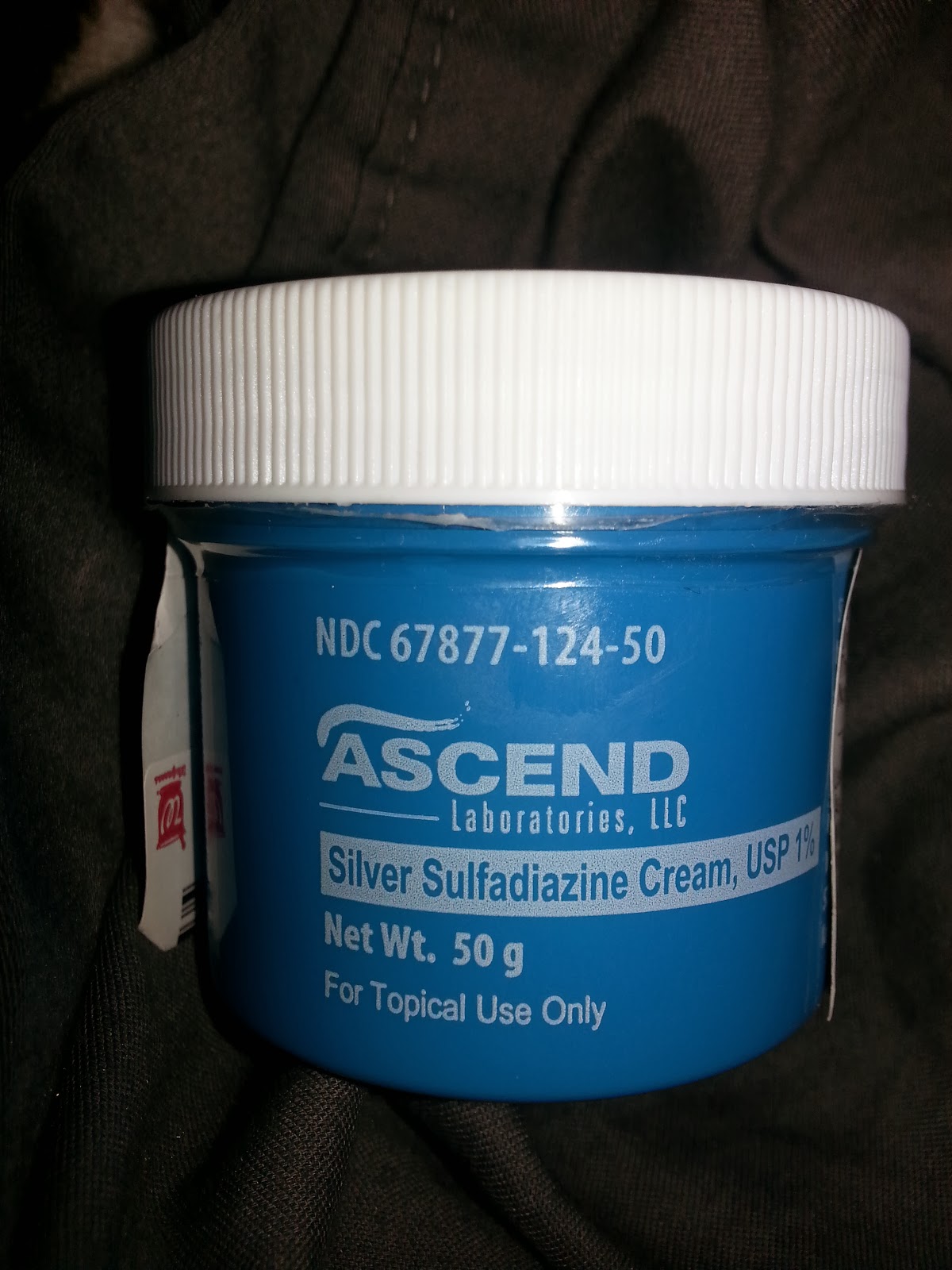 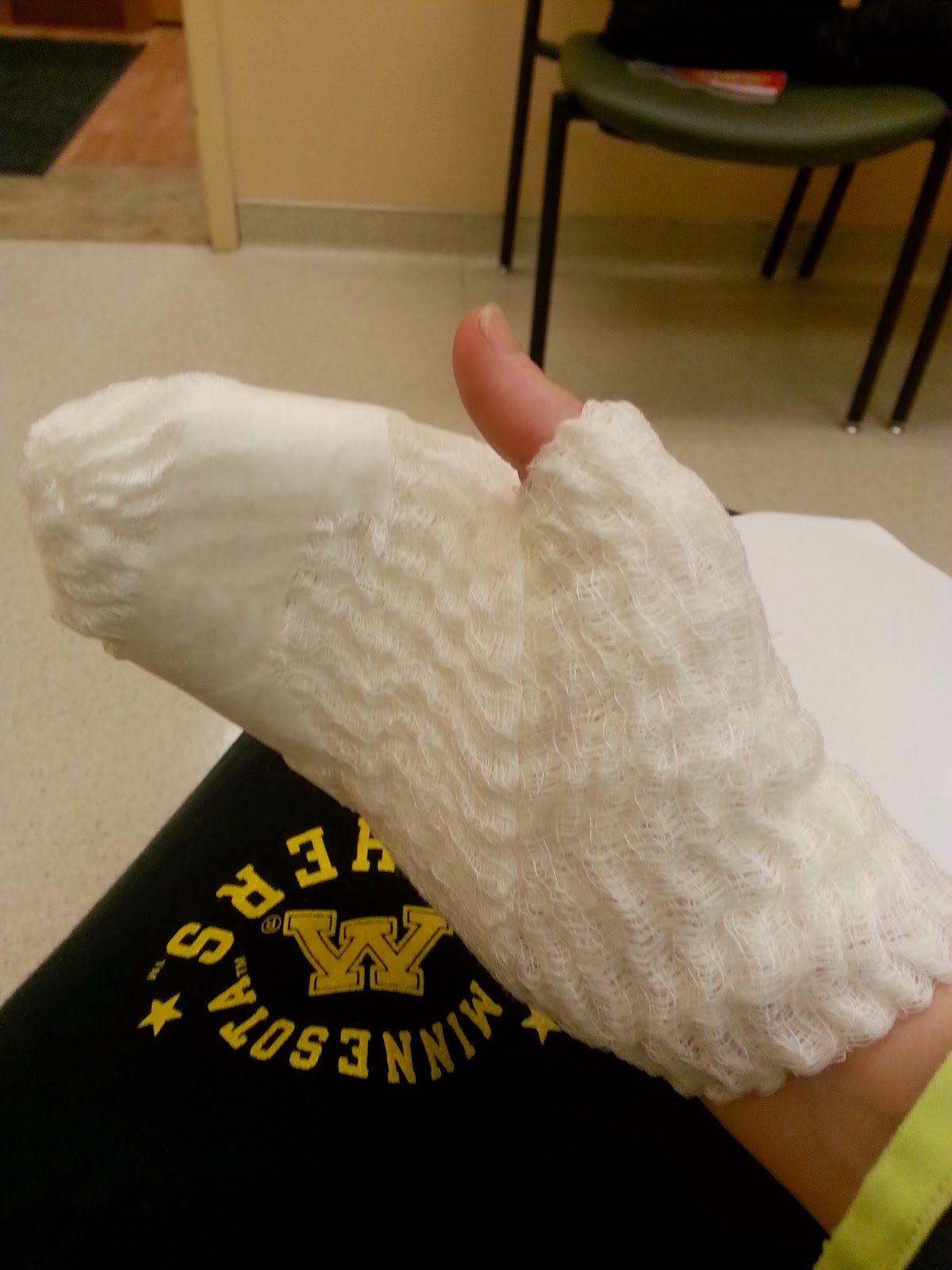 While I enjoyed feeling like Katniss Everdeen (sans the silver parachute), I could have gone without learning a thing or two about microwave safety :( After grabbing a mug out of the microwave, I burned my hand, and it blistered almost immediately. A trip to Urgent Care earned me a tetanus shot and three medications.

The good news is that my hand is healing FAST! The difference in the last 24 hours is incredible. I am already able to type better, and I not longer need any pain medication. I also was able to turn the situation into a blessing for a stranger, so I can't complain. God is good.
Posted by Unknown at 8:48 PM No comments: 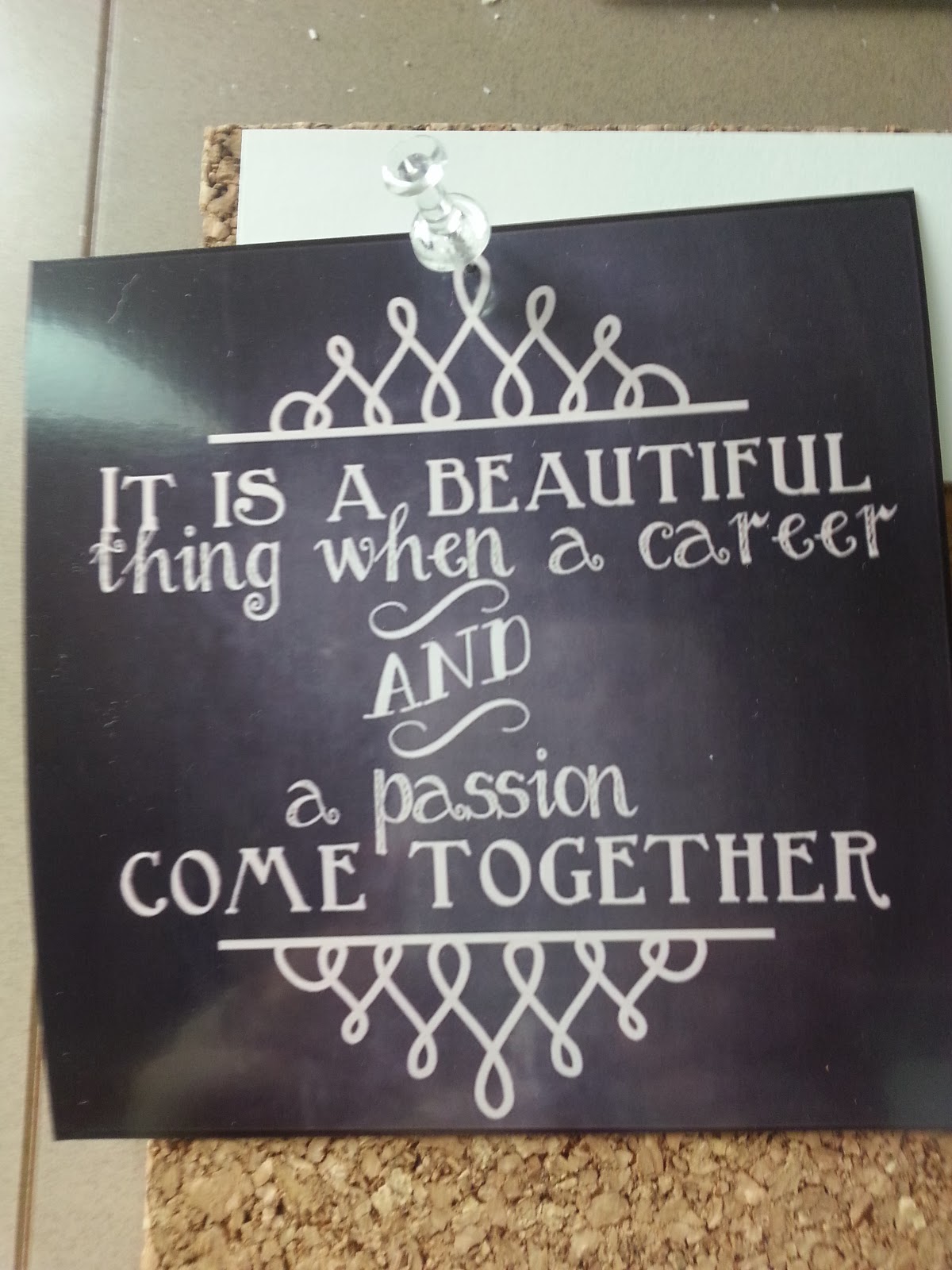 Posted by Unknown at 8:43 PM No comments:

My journey to becoming Dr. Dunigan...

is almost complete! I submitted my final chapters!!! I already heard back from one reader who gave me the official nod of approval. Waiting to hear back from two more before my oral defense date of April 1st. While I am sure I will need to tie up a few things, I feel done. And man, does it feel AMAZING!!!
Posted by Unknown at 8:45 PM No comments: