Saturday was hard. I was without Brandon all Friday night and all of Saturday. By 3:30 I needed a break, but there wasn't one in sight. I try so hard to be present with my kids and not let my jobs and homework take over. It was hard to stay focused on Saturday knowing in the back of my mind I had a million things to get done. Add in the fact that my kids were whiny and argumentative, and I was one crabby momma.

I refused to let it happen again on Sunday. I woke up refreshed because Brandon let me sleep in. Any time crabbiness seemed to creep its way into my mind or my kiddos, I blasted "Good Time" by Owl City. Pretty sure we had a dance party to that song at least 20 times, but hey, it worked :)

Some times you just have to MAKE it a good day.
Posted by Unknown at 5:34 PM No comments:

Griffin definitely takes after me. He is determined and VERY competitive. At the beginning of the year, he discovered that a couple of kids in his class were already reading chapter books. He was bound and determined that he would eventually do the same. At the start of the year, his DRA level was at a 12. He was just retested at a 20, and he is starting to read small chapter books. He can even read (although choppy at times) Junie B. Jones, and he is SO PROUD OF HIMSELF when he can tell me what the chapter was about. Knowing this affirms that we made the right decision to send him to school with an early birthday, but I also love knowing that he LIKES school and wants to learn as much as possible.

His competitiveness spills over into sports as well. He is dead set on being a tennis player like his father. The major thing he wanted for Christmas was a tennis bag, and he thinks it is pretty cool to have shoes he can only wear for tennis lessons. We were fortunate to find a tennis program this fall that takes place in a tennis bubble; it has the added bonus of being run by a former Gustie! Griffin has blossomed, and it is super fun to watch his determined face when learning new drills. We just left his tennis lessons, and the coach stopped me at the end to tell me he wants Griffin to register for the next level. He is technically supposed to be seven in order to do this, but the coach said Griffin is ready for the challenge of the next level. Griffin couldn't wait to call Brandon at work to tell him the news, and the smile hasn't left his face.

It is no surprise to many of you that God has gifted me with more determination than I think I need, and I have "earned" competition as my #1 strength three times through StrengthsFinder. At times being competitive can be seen as a fault, but it has served me well in life. It makes me smile to see that Griffin was most likely given the same gift.
Posted by Unknown at 5:06 PM No comments:

At least I know I am doing something right... 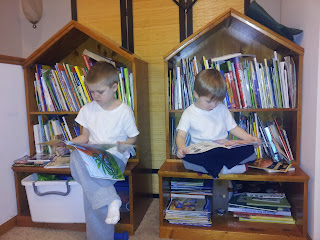 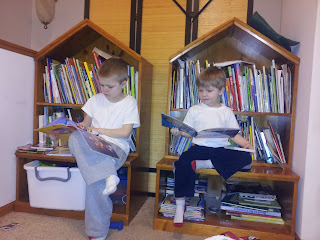 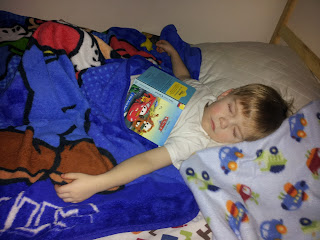 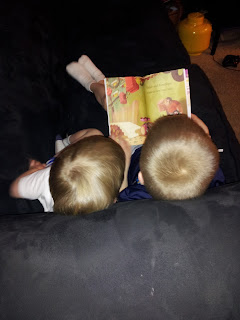 Posted by Unknown at 4:55 PM No comments: 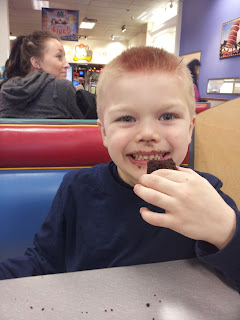 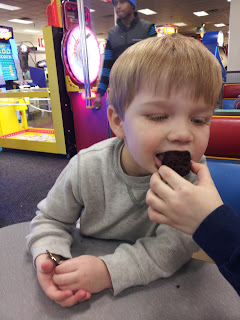 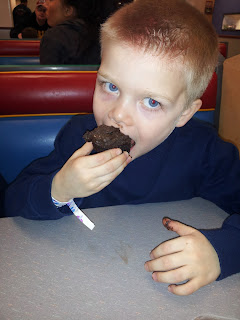 are now at Chuck E Cheese!!!
Posted by Unknown at 5:07 PM No comments:

Reading is more fun by flashlight... 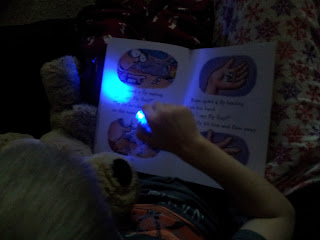 Posted by Unknown at 5:11 PM No comments:

This is how we got Grayson to FINALLY eat a piece of bread. 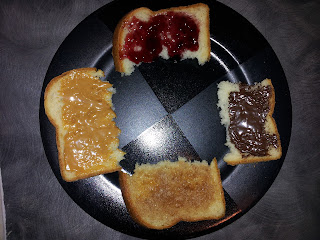 He likes the cinnamon and sugar best :)
Posted by Unknown at 2:37 PM No comments:

One of my favorites from Christmas 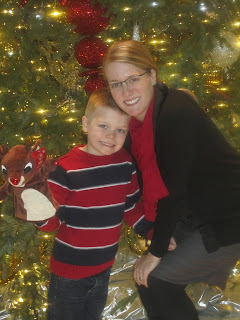 Posted by Unknown at 2:35 PM No comments: 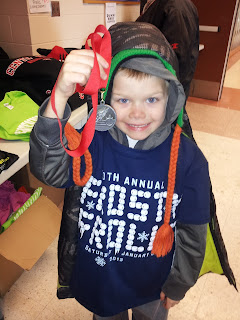 Posted by Unknown at 5:12 PM No comments:

I could have held him all day... 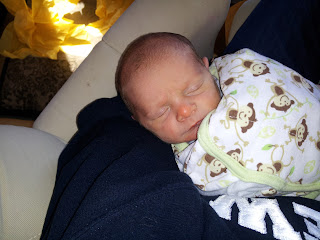 There is nothing like holding a newborn baby. I seriously could have stared at this handsome fellow all day. My family is complete at four, but man, this little one made me reconsider. For a millisecond, anyway.
Posted by Unknown at 3:42 PM No comments: 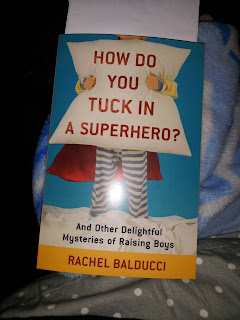 I definitely recommend this book :)

Posted by Unknown at 3:40 PM No comments: