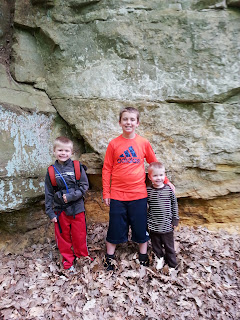 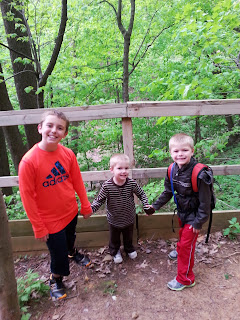 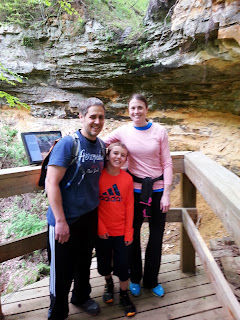 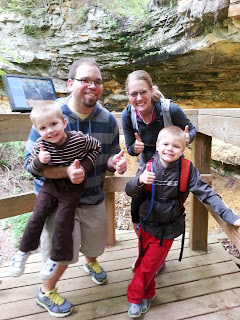 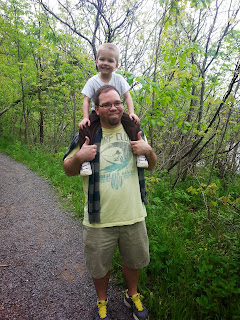 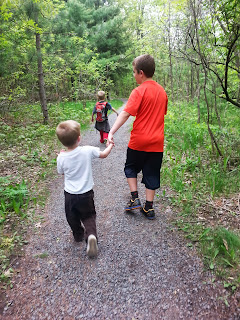 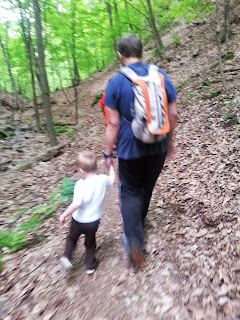 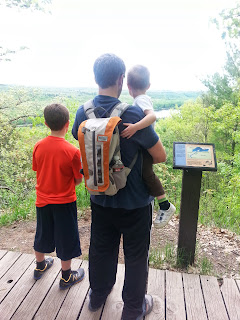 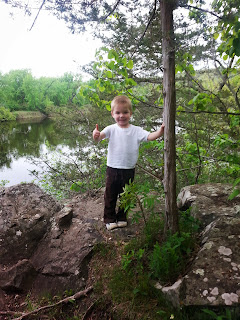 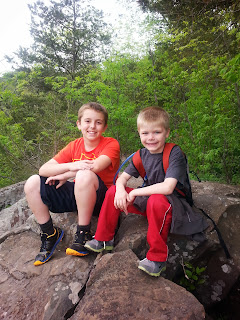 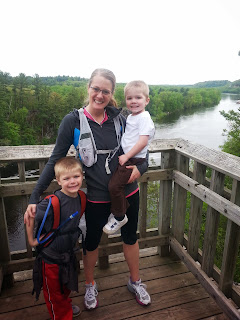 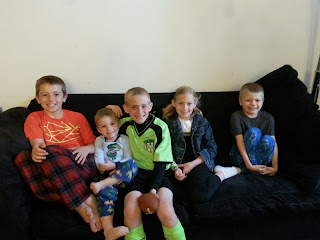 My brother, Andrew, and his family came to visit us over Memorial Day. We had a blast at the MOA, Taylor's Falls, and eating meals cooked by Andrew. We were also fortunate enough to spend some time with Le'Dean and her family because Henry had a soccer tournament across the street!!! Fun was had by all :)
Posted by Unknown at 5:34 PM No comments: 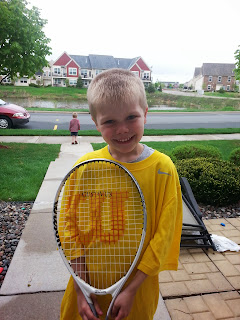 Tommy, the Men's Gustavus Tennis Coach and Brandon's former teammate, sent Griffin the above shirt after Griffin had the time of his life watching a Gustie Tennis Match. Griffin couldn't wait to wear it despite the fact that it is ten sizes too big. Let's be honest, I would be beyond pleased if this enthusiasm is an indication of his future :)

Posted by Unknown at 6:59 PM No comments: 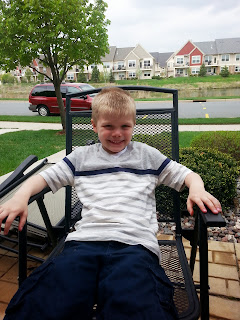 Posted by Unknown at 7:00 PM No comments:

Now I get to run with BOTH boys :) 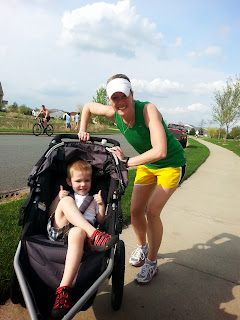 Posted by Unknown at 7:03 PM No comments: 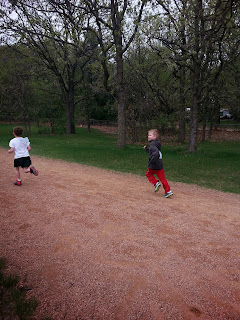 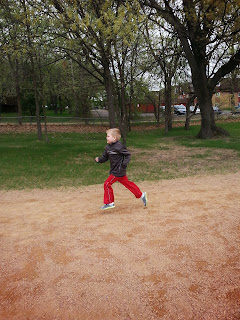 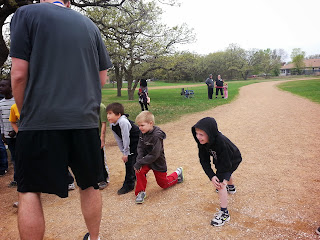 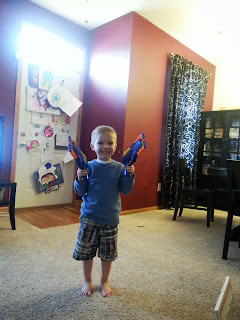 With a capital T!
Posted by Unknown at 7:04 PM No comments: 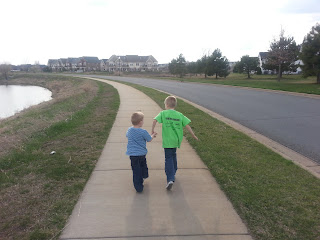 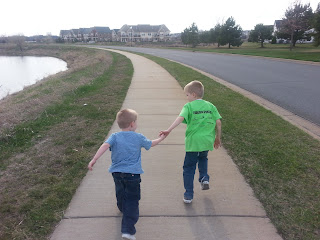 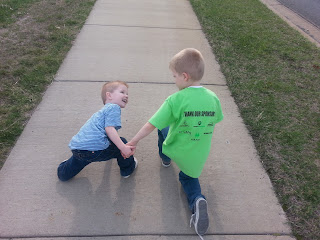 Grayson has been officially bitten by the running bug. He is still so tiny, so he can only go so far without keeling over, but he desperately wants to run like his mommy and his brother. While walking home from the park the other day, he asked me if he could learn how to "really" run. Griffin grabbed his hand and said, "I'll teach you."
Posted by Unknown at 8:06 PM No comments:

I just submitted my FINAL paper for my LAST doctoral class!!! There is definitely a dance party about to start in the Dunigan House. (Please note...said dance party lasted for over a half an hour. Brandon watched while the kid's stayed sound asleep. But hey, you better believe I danced away!)

As soon as I hit send, I sent an email to my program director asking for more guidance on the process to complete my dissertation. I have part of it (67 pages) already completed, and I wanted to set up a timetable with Bethel to keep me going. I absolutely REFUSE to be part of the 50% of people who complete their doctoral coursework but never get the degree because they don't finish the dissertation.

Within minutes, Dr. Paulson called me on the phone to chat. Talk about customer service!!! We set up a time table, and he sent an email contacting all the necessary people. I hope to submit my final proposal to IRB and start my actual research in June. I hope to defend in December or January; this puts me at a May Graduation date.

This journey has been similar to parenthood...the days and weeks can be long, but the years have gone by quickly! Thanks to an incredible support system of family and friends, my journey to becoming Dr. D is almost complete!
Posted by Unknown at 9:14 AM No comments:

I was dreading this race all week. The forecast called for rain, rain, and more rain. I can handle rain in the summer, but rain in the cold is absolutely miserable...especially for 6.2 miles!!!

When we woke up, it was a COLD drizzle. I made the decision to go to the Kid's run, but I figured I probably wouldn't run my race. I love to run. I do not love being miserably cold and wet.

We arrived to get our packets. Still raining.

Right before Griffin's race, it started to stop. I was also told that the course was being altered due to some construction. Rather than one large loop, the 10K runners would simply run the 5K loop twice. I made the decision to run; I figured if the weather got worse, I would just drop out of the race at the 5K mark. No big deal.

Well, thankfully the rain stopped and held off. Griffin got to run rain free and won :) He was stoked!!! I got to run the entire 10K and PR by THREE MINUTES!!! My final pace was an 8:12, and I was beyond thrilled. Apparently knowing that I can't let my brother demolish me at the Disney Half Marathon has forced me to step it up a notch :)

Posted by Unknown at 9:05 AM No comments: