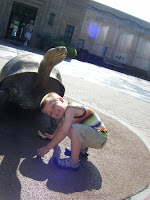 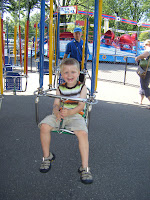 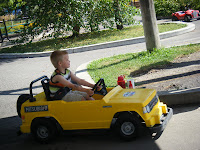 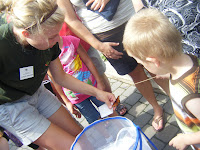 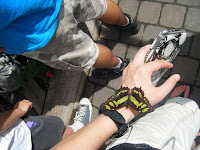 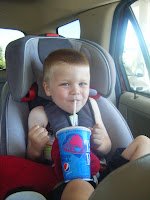 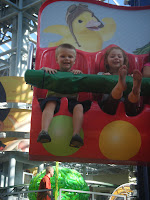 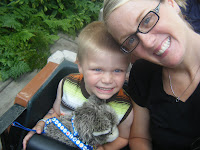 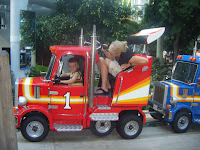 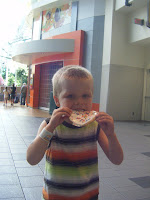 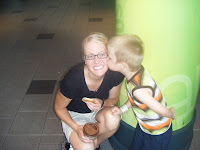 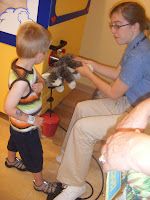 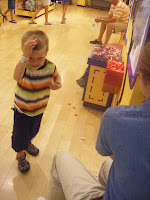 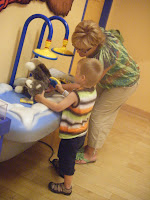 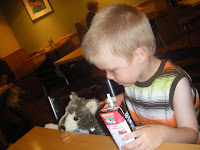 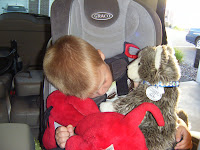 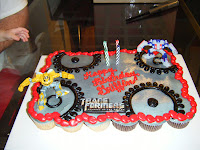 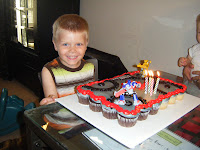 I was crushed last night when we realized that Griffin's birthday party needed to be canceled. I felt so bad for my little man. However, today was perhaps the best day so far for my four year old boy! Griffin was beyond excited when he woke up. The first words out of his mouth were, "Am I four now?" He was just thrilled that all day was HIS day.

Griffin and I started the day out at Como Zoo for animals, rides, the splash zone, and butterfly releasing. Auntie Kelsey was even able to meet up with us for a little while! On the way home, we got Taco Bell for lunch, and then we headed out to the MOA with Grandma Laurie. (Brandon stayed home with Grayson). Children get a free wristband on their birthday, so Griffin was in heaving getting to go on all the rides. He also got a free cookie, free ice cream, and free Noodles! Plus, Grandma Laurie treated him to Build-A-Bear, where he chose to get a "husky, wolf dog" named Shadow. We weren't surprised when he fell asleep on the way home, but his birthday cake quickly gave him a second wave!

God definitely works in mysterious ways. What started out as a sad day quickly became better than originally planned. Plus, we learned that from here on out we plan on going to the MOA for his actually birthday, and we will plan his party for a different day. You can't pass up such a good deal!!!
Posted by Unknown at 7:57 PM